Yesterday was a rare second day off in a row, and I had some big plans for the day that involved grabbing some coffee at my favorite place, researching some gyms and yoga studios around town, updating my blog, and then going home to clean and attempt a new bread recipe.

My sister, however, couldn’t take my nephew to his day care yesterday because he had a 5th ear infection, and she couldn’t take off work, so my plans were rearranged and my nephew spent the day with me!

I don’t know how my sister manages to go about her life with baby in tow because boy is it tough. 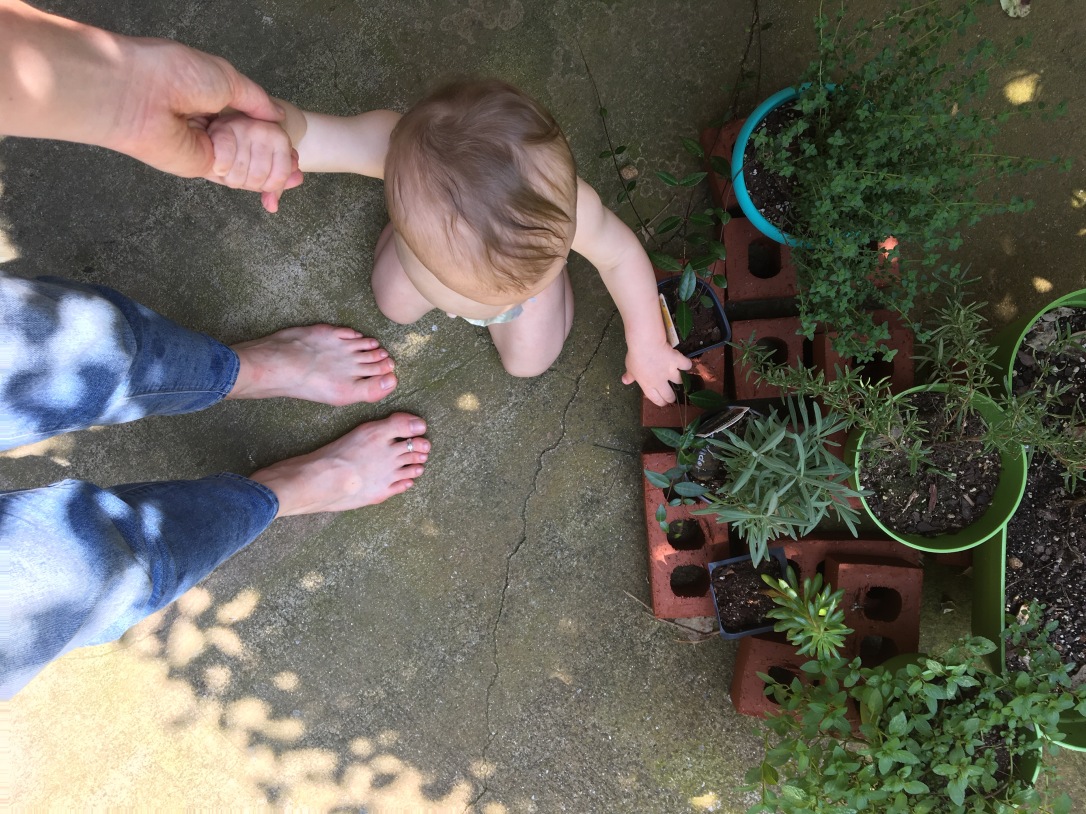 We started the day with some playtime and a big nap (during which I tried out a simple yeast-free bread recipe that turned out like an unsweetened muffin texture), made it out to Panera for some lunch, and then went on a grocery store run for some yeast (I was out, hence the first bread recipe).

Later, my nephew got to try out his new water table on the back patio (this kid was born to be a swimmer, I swear. He’s like a fish in th water) before taking another quick nap during which I tried my hand at making baguettes. (They were divine.)

Then that evening, the boyfriend and I went on our usual run/bike ride as the sun went down.

I know I say it a lot, but I am one lucky girl.